The news comes only one day after billionaire Andrew “Twiggy” Forrest announced he would be mounting legal action against the social media giant.

The news comes just a day after Cointelegraph reported that billionaire businessman Andrew “Twiggy” Forrest was pursuing criminal action against the social media giant for allegedly serving users crypto scam ads and fake articles which used his name and likeness.

Numerous other high profile celebrities from Hugh Jackman to Nicole Kidman have been fraudulently employed to draw users into investment scams.

In Feb 3 comments to The Australian, ACCC chair Rod Sims said that although their investigation shares similarities with Forrest’s case, the “ACCC’s investigation is separate and concerns different questions of law.”

While Forrest’s case concerns potential breaches of Australia’s Commonwealth Criminal Code, the ACCC will be examining whether Meta has “raised concerns” under the Australia Consumer Law.

“Like Dr Forrest, we consider that Meta should be doing more to detect, prevent and remove false or misleading advertisements from the Facebook platform so that consumers are not misled and scammers are prevented from reaching potential victims.”

Forrest claims that by failing to take sufficient steps to eliminate the scam from being shared on its platform, Meta is not only in breach of Australia’s money-laundering laws, but also behaved in a “criminally reckless” manner.

He will initially bring his case to the West Australia Magistrates Court on March 28, with a committal hearing expected later in the year.

He also launched a simultaneous civil proceeding with the Superior Court of California last September, seeking injunctive relief. The case is still pending, with the date of the civil case yet to be set.

In 2020, the Australian Securities and Investments Commission (ASIC) issued a warning on fake celebrity-endorsed crypto ads, including Jackman, Kidman and even Waleed Aly.

Other celebrities including Elon Musk, Bill Gates and Richard Branson have also had their images stolen to front crypto scams.

Australian Facebook users have reported losing hundreds of thousands to the scam, including one alleged victim who told The Australian that they thought the scam was legitimate because it featured Forrest.

“Andrew Forrest is an icon for millions of Australians and you hold him in high regard, anything involving him you‘d think is legitimate because it’s coming out in public through Facebook,” they said.

In 2019, Forrest was among several Australian celebrities, including Kate Winslet, who were falsely quoted as giving testimony for a fraudulent cryptocurrency.

One version of the scam quoted the celebs in fake mainstream news articles advertising a fake Bitcoin investment platform.

As reported by Cointelegraph in Aug 2021, investment scams cost Australian investors more than $50.5 million in the first six months of 2021, with crypto scams contributing to more than 50% of the losses. 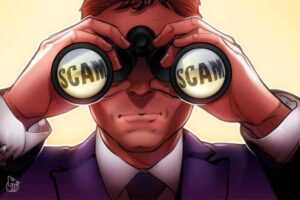