Biden and the Fed: Why Powell or Brainard Won’t Change Much for Crypto

Both candidates are seen as taking a tough stance on crypto regulation, but they’re also both seen as dovish – possibly beneficial for bitcoin’s inflation narrative.

Placing bets on which candidate for Federal Reserve chair would be best for cryptocurrencies? The answer might disappoint: Both incumbent Jerome Powell and leading alternate Fed Governor Lael Brainard are seen as having roughly the same impact.

The speculation of who will be the next Fed chair intensified after Senate Banking Chairman Sherrod Brown said early this week he was told by White House officials to expect a near-term nomination announcement from President Joe Biden. The anticipation got super-charged after Biden said Tuesday that he would make a final decision in about “four days.” That comment focused on the timing on Friday or Saturday.

Brainard is seen as the frontrunner to replace Powell and was one of the few prominent regulators to delve into cryptocurrencies early on.

But some crypto-savvy economists say the differences between the two candidates’ positions – on both digital-asset regulation and economic policy – are so slight and finely nuanced that the choice might not make a huge difference for the industry or cryptocurrency markets.

Both Powell and Brainard are seen as monetary-policy doves – meaning they would likely be more tolerant of inflation, if given a choice – and that might be a positive for bitcoin given the cryptocurrency’s use by many investors as a hedge against rising prices. They also, generally speaking, share a conviction that cryptocurrencies should not be allowed to grow unfettered to the point where they might threaten the existing financial system.

“I don’t think the Fed’s policies toward crypto would be that much different under Brainard than they would be under Powell,” said Ian Katz, managing director of Capital Alpha Partners, a consultancy that advises investors on federal policies. “Both are mainstream Fed institutionalists who would want a strong role for regulators in overseeing crypto and making sure it doesn’t cause financial-stability risks.”

Powell’s policy stances and track record of using generous monetary stimulus to help pull the U.S. economy out of the pandemic-induced economic malaise and market turmoil are well documented. But who is Brainard and more importantly what might her appointment mean for the crypto industry?

Who is Lael Brainard?

Brainard has been serving on the Fed’s Board of Governors since 2014 and previously served as undersecretary of the U.S. Treasury Department. She has master’s and doctoral degrees in economics from Harvard University.

Brainard has been one of the most outspoken Fed officials addressing cryptocurrencies since 2016 and has recently been delving into the possible issuance of a central bank-issued digital currency (CBDC).

“By introducing safe central bank money that is accessible to households and businesses in digital payments systems, a CBDC would reduce counterparty risk and the associated consumer protection and financial stability risks,” Brainard said in a prepared statement during CoinDesk’s Consensus 2021 event in May.

Powell recently said he doesn’t intend to ban cryptocurrencies altogether but said stablecoins need greater regulatory oversight. A stablecoin is a type of cryptocurrency whose value is tied to an outside asset, such as the U.S. dollar or gold, to stabilize the price.

A digital dollar – a central bank-issued, tokenized form of the U.S. currency – could help improve financial access for the unbanked and make it easier to disburse government aid, according to some supporters of a the innovation. Some nay-sayers argue that existing technologies may be better suited for those tasks.

In the global race for countries adopting CBDCs, the U.S. is seen as slightly behind the curve, with a number of countries already experimenting with the concept, and China’s digital yuan already in trials.

“If other major jurisdictions are introducing CBDCs for purposes, not only of domestic payments, but international payments, it’s just very hard for me to imagine that the U.S., given the status of the dollar as a dominant currency in international payments, wouldn’t come to the table,” Brainard said in September during a National Association for Business Economics (NABE) panel discussion on the U.S. economy.

So would a nomination of Brainard mean a clear path to issue a U.S. dollar-backed CBDC? It’s complicated.

“I think certainly the people who want to see a more active Fed and a more hands-on Fed with regards to any rollout of a central bank digital currency would be backing Brainard, and they are certainly again, within the progressive wing of the Democratic Party,” Garrick Hileman, head of research at Blockchain.com, said in an interview with CoinDesk.

However, the decision might come down to Congress, since the Fed likely won’t be able to decide without legislative input.

“While the Fed would maybe gain a more vocal advocate for CBDC, I still think this is a congressional decision ultimately,” Hileman said. He added that there is a growing resistance in Washington to the idea of a CBDC and he is skeptical if her appointment will change the thinking.

Katz, of Capital Alpha Partners, says Democrats seem to be more skeptical of crypto than Republicans.

In 2017, Brainard said she saw “no compelling demonstrated need for a Fed-issued digital currency.” Then Facebook, since rebranded as Meta, introduced its own digital currency “libra,” in 2019, which threatened the status quo of central bank-issued cash.

COVID-19′s arrival in early 2020 accelerated the push toward contactless payments, and possibly bolstering the case for cryptocurrencies to become more mainstream.

Brainard was among those who criticized the “libra” project, revealing in February 2020 that the Fed had already begun researching digital payments and determining what issues may exist around them.

“I think it’s vital for us to solicit a broad range of views on what the possible benefits and risks associated with introducing a central bank digital dollar might look like,” Brainard said at the NABE panel.

Is Lael Brainard a dove?

In gauging the implication of the next Fed chair, a key consideration is U.S. inflation, which increased to 6.2% in October, the fastest in three decades.

Inflation has become even a bigger topic for the crypto sector as bitcoin, the largest cryptocurrency, is increasingly seen as a “digital gold” or a store of value, to hedge against rising prices. Some analysts and economists see Brainard as more dovish than Powell, although many investors might argue it would be hard to run looser monetary policy than the current chair has been overseeing.

“Although we see Governor Brainard as leaning somewhat more dovish than Powell, particularly with respect to emphasizing the new ‘broad based and inclusive’ nature of the Fed’s maximum employment objective, there are a few reasons we do not believe this appointment will have a material impact on the broad policy trajectory,” said Deutsche Bank’s Chief U.S. economist Matthew Luzzetti wrote in a recent research note.

Luzzetti argued that inflation is expected to remain elevated next year, which would make the Fed “uncomfortable” regardless of who is nominated. Furthermore, regional Fed presidents and board members such as Waller are likely to remain hawkish.

“As such, there would be constraints to how dovish the committee could shift even if the incoming Fed chair wanted to push policy in that direction,” Luzzetti said.

“One thing I would highlight is that often people who come into the Fed chair role with a reputation for being ‘more dovish’ will actually turn out to be more hawkish, at least initially, because of the need to establish credibility, their credibility with markets, and with the doubters,” he said.

Invest in a new global currency Our World Coin that is built to free humanity. Our World Coin is initiative by the people for the people, a force for good & a peaceful revolution, to remove the corrupted Globalist’s control over our nations. Visit www.ourworldcoin.org for more details. 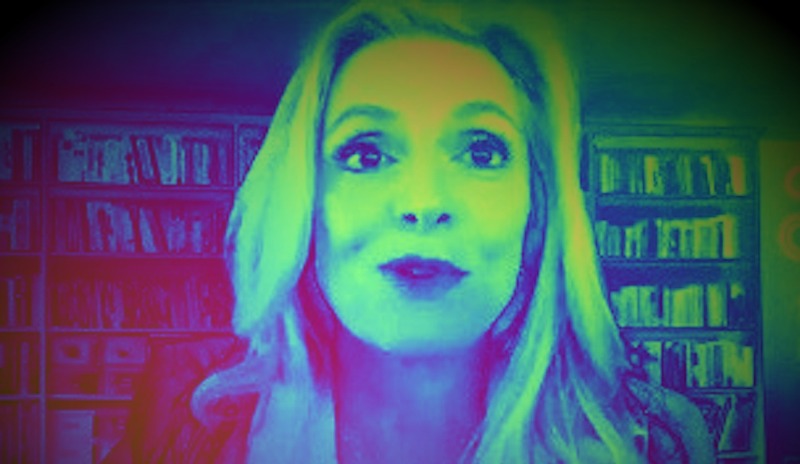