The Jam-DEX is named after the Jamaican Digital Exchange following a competition. Its slogan is “no cash, no problem!”

The Bank of Jamaica revealed the name of its upcoming central bank digital currency (CBDC) after a design competition, only to receive backlash from the local crypto community.

The central bank of Jamaica announced on Twitter that it had chosen the name “Jam-DEX” along with the tagline and logo for its upcoming CBDC, scheduled for late 2022. While the project is promising, its name could be easily misconstrued as a decentralized exchange (DEX), and its logo is “terrible,” according to the community’s response.

The name Jam-DEX is said to be taken from Jamaican Digital Exchange, with the slogan “no cash, no problem!” It was picked as the winner by the central bank following a competition. While the winner took 600,000 Jamaican dollars ($3,800) home, the community is somewhat left unsatisfied with the result. 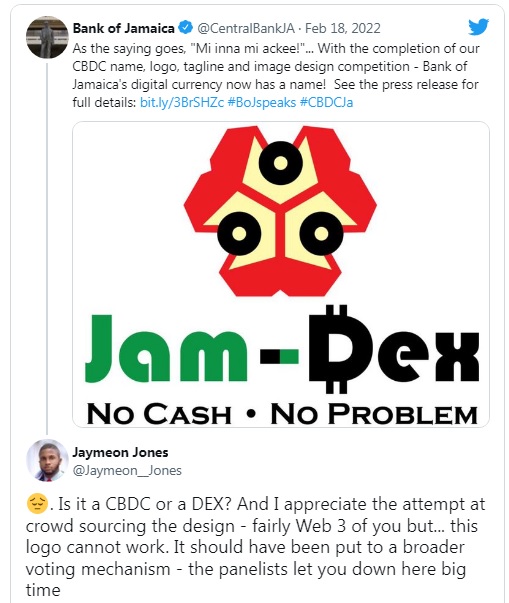 The local crypto community was eager to see the rejected designs: 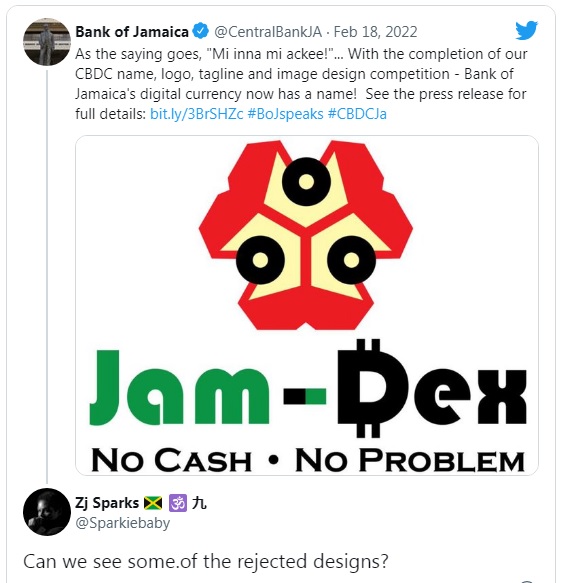 Some of the other competitors were not happy with the end result either: 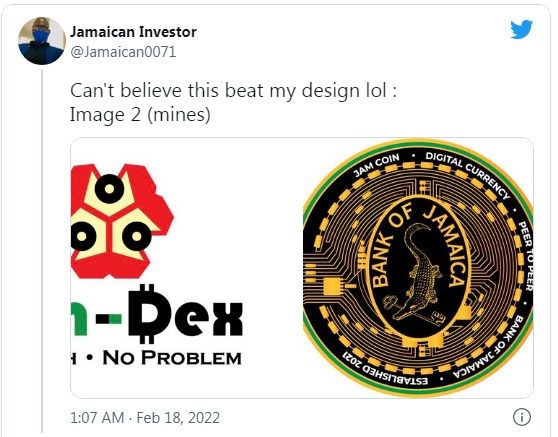 Another user argued that judges had “out-dated” standards: 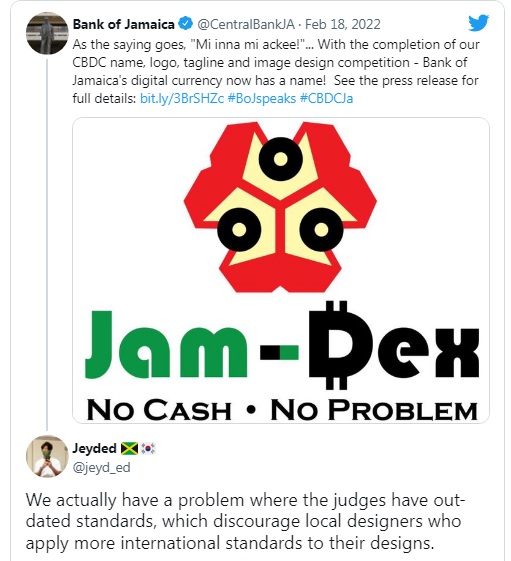 Others were simply concerned that the project would not be taken seriously due to its logo: 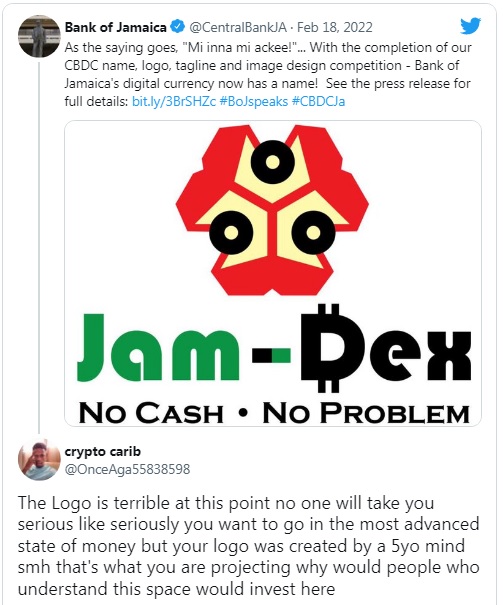 As reported by Cointelegraph, Jamaica revealed its plans to launch a CBDC in 2020 as an alternative to cryptocurrencies, making it one of the Caribbean countries to do so. The country’s central bank distinguished CBDCs and other cryptocurrencies, stating that cryptocurrencies do not entirely fulfill the requirements of money and are not always backed by a core authority. 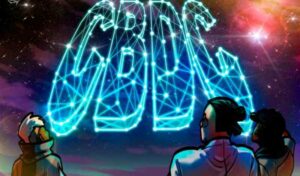 PrevPreviousCan Ethereum Reach 100k?
NextWhat New Cryptocurrency Will Be 100x in the Next Year?Next