SEC Objects to MicroStrategy’s Accounting Adjustment for Its Bitcoin Holdings

SEC Objects to MicroStrategy’s Accounting Adjustment for Its Bitcoin Holdings

Michael Saylor’s MicroStrategy won’t be able to remove swings in the value of its enormous bitcoin holdings from its unofficial accounting measures, according to comment letters released by the U.S. Securities and Exchange Commission.

MicroStrategy used non-GAAP rules, or measures that don’t comply with U.S. generally accepted accounting principles, to show what its income would have been if it didn’t have to impair its bitcoin holdings. Bloomberg was the first to report on the comment letters.

Under standard accounting rules, the value of digital assets such as cryptocurrencies must be recorded at their cost and then only adjusted if their value is impaired, or goes down. But if the price rises, that does not get reflected until an asset is sold.

The SEC told MicroStrategy in a filing on Dec. 3 that “…we object to your adjustment for bitcoin impairment charges in your non-GAAP measures. Please revise to remove this adjustment in future filings.”

In mid-December, MicroStrategy replied to the SEC that it would “revise its disclosures of non-GAAP measures in future filings to remove the adjustment for impairment losses and gains on sale related to bitcoin, as requested by the Commission,” according to a filing.

MicroStrategy held about 124,391 bitcoins on its balance sheet as of late December, which were worth about $4.3 billion at current prices. The company’s CEO, Michael Saylor, is a bitcoin bull, likening the cryptocurrency to “digital gold,” and has said many times the company does not plan to sell its bitcoin holdings.

MicroStrategy shares were down about 17% in Friday’s trading session, with most of the declines occurring earlier in the day as bitcoin prices continued to slump sharply.

Mark Palmer, an analyst at BTIG, wrote on Friday that he thinks the reporting changes the company will have to make are “inconsequential as far as the value of the company and the stock are concerned.” Palmer has a buy rating on MSTR. 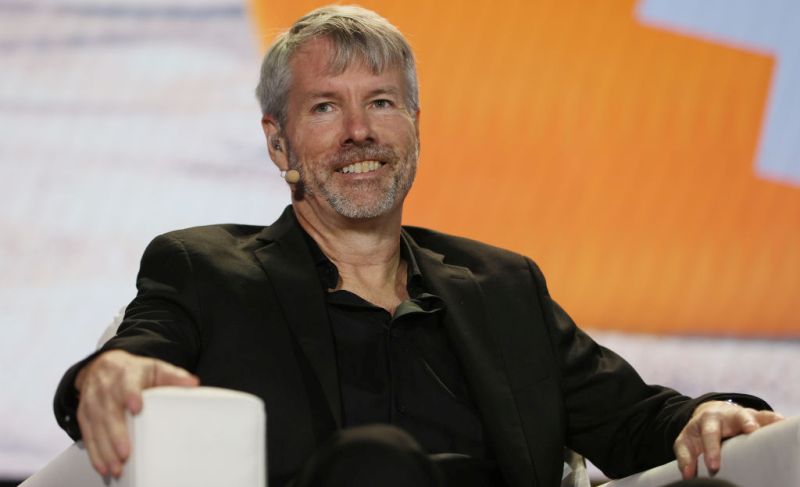