The price of bitcoin, ethereum and other major cryptocurrencies are meanwhile struggling, with the bitcoin price failing to regain ground over $60,000 per bitcoin and ethereum’s ether dropping back from around its all-time highs.

Musk said via Twitter that web3—the idea that a decentralized version of the internet that some think could use crypto technology will eventually replace the Silicon Valley-centric web 2.0—”sounds like BS” and flagged dogecoin in a reply to a report that high ethereum transaction fees are locking investors out of decentralized finance (DeFi). 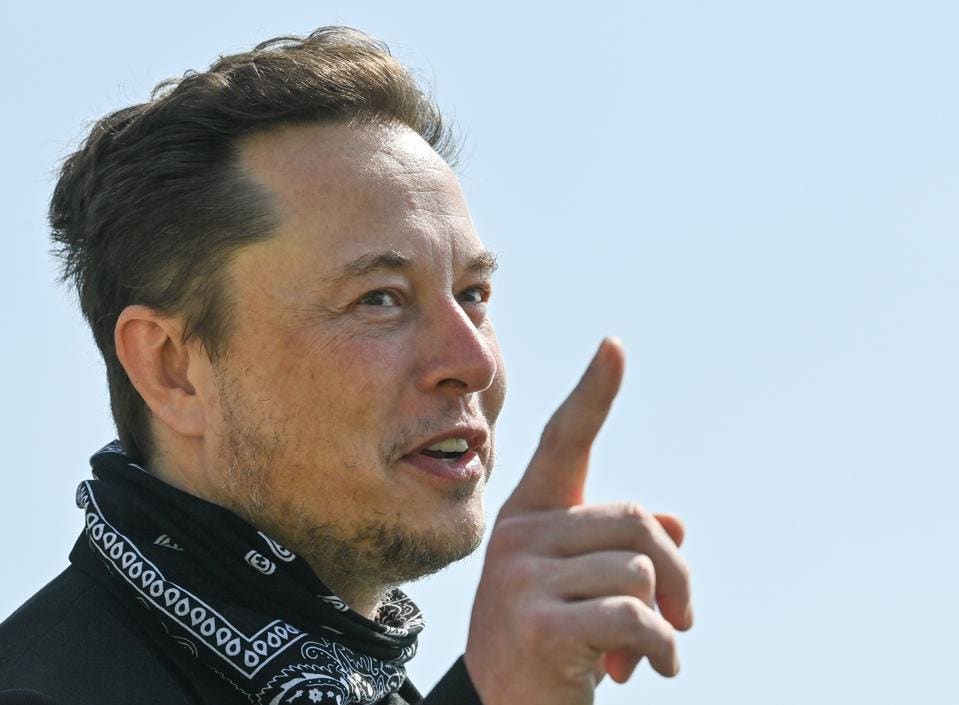 Elon Musk, the chief executive of electric car maker Tesla, has championed dogecoin over the likes of bitcoin, ethereum and other cryptocurrencies this year—sending the dogecoin price sharply higher.

“Average venture returns for investments made in the 2020s are going to be much worse than those from the 2010s,” predicted Sam Altman, the chief executive of OpenAI and a legendary Silicon Valley investor. “There’s a flood of capital, and I have never heard so many price-setting VCs openly say they’re willing to accept much lower return targets.”

However, Altman added “web3 might still have 2010s-like returns … but most VCs will miss it.”

Musk responded, saying “web3 sounds like BS” and “I thought nothing could be nuttier than ‘99,” referring to the late-1990s dot com bubble that saw investors pour billions of dollars into internet-based companies that eventually collapsed.

Meanwhile, Musk continued his support of meme-based dogecoin, tweeting “dooooge” in response to a report from the crypto news outlet Coindesk that eye-wateringly high ethereum transaction fees are preventing smaller investors from being able to access DeFi exchanges.

DeFi, using crypto technology to recreate traditional financial services without the need for banks or financial institutions, has seen a surge of interest in over the last years as investors pile into the space.

This week, Twitter co-founder Jack Dorsey left the social network ostensibly to work on web3 development, as well as his payments company Square—now rebranded Block. Dorsey has previously called for the adoption of decentralized internet and spearheaded bitcoin and decentralized projects at Twitter. 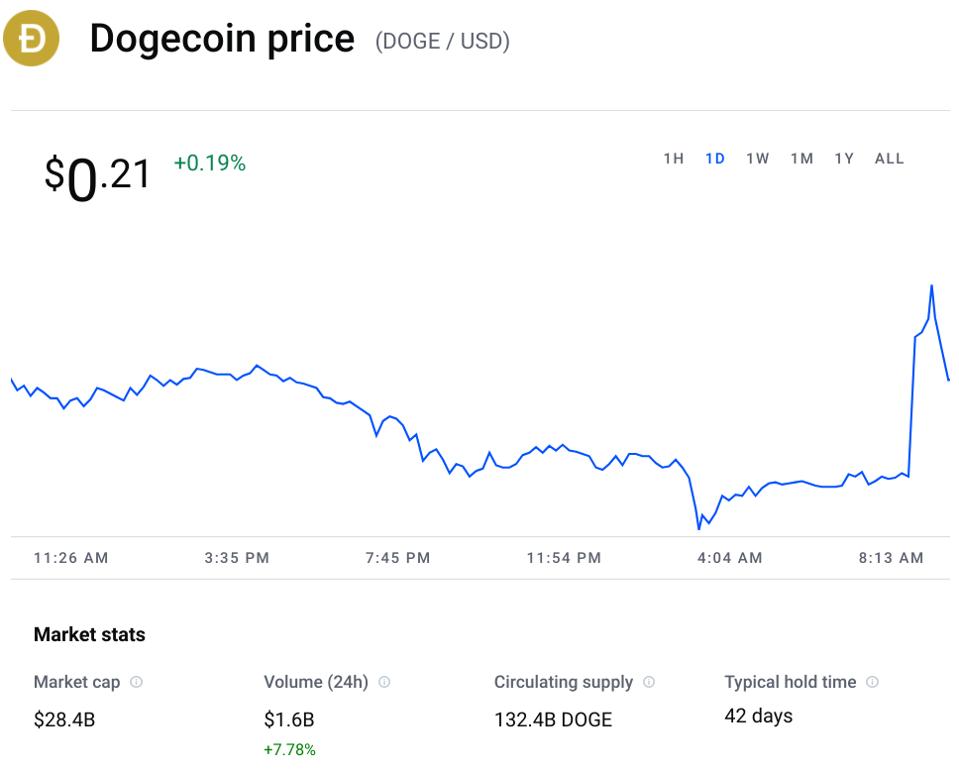 Elon Musk’s dogecoin tweet sent the dogecoin price sharply higher but it has since dropped back. The price of bitcoin, ethereum and other major cryptocurrencies have also struggled over the last 24 hours

Coindesk reported that data showed the adoption of decentralized exchanges (DEXs), which facilitate peer-to-peer transactions without an intermediary, are restricted mainly to large traders or so-called whales due to high ethereum fees.

Musk has previously said he thinks dogecoin should speed up transactions and lower fees in order to “beat bitcoin hands down”—at one point proposing dogecoin work with ethereum to do this. Ethereum cofounder and spiritial leader Vitalik Buterin indicated he thought the idea could work.

Musk’s backing of dogecoin this year even after Tesla added billions of dollars worth of bitcoin to its balance sheet has divided the crypto community, many of whom see his mostly Twitter-based behaviour as irresponsible.

Musk’s dogecoin support, along with other high-profile investors like Mark Cuban, has helped the dogecoin price soar many thousands of percent over the last year, pushing it into the crypto top ten by value.

The dogecoin price has lost around 70% of its value since it hit a Musk-fueled all-time high in May this year but has managed to hold onto many of its gains—so far defying some of its critics.

Invest in a new global currency Our World Coin that is built to free humanity. Our World Coin is initiative by the people for the people, a force for good & a peaceful revolution, to remove the corrupted Globalist’s control over our nations. For more details, visit https://www.ourworldcoin.org/