A $2.3 million private token sale by non-fungible token (NFT) marketplace Talis could expand NFT offerings on the Terra blockchain in the coming year.

The company announced the sale Monday, which was led by ParaFi Capital and Arrington Capital and included investment from Benson Oak Ventures, GCW Capital and Blocbits.

As NFTs find their footing on blockchains not named Ethereum, their historical home, various projects are looking to replicate the success of on-chain marketplaces such as OpenSea, Rarible and Nifty Gateway.

Similar races are shaping up between marketplaces like Solanart and Magic Eden on Solana, and Talis is going head-to-head with Random Earth, another Terra NFT hub.

Talis will use the funds to move its marketplace from minimal viable product (MVP) status to version 1, which is expected to launch sometime in the second quarter of 2022.

The upgrade will turn the company’s marketplace into a decentralized autonomous organization (DAO), integrating a governance system with a network of printing businesses for artists to use in the meatspace, according to a press release. A DAO is a group of people on the internet using various tools to exercise governance decisions relating to blockchain protocols, pooled investments or any number of other experiments.

“The launch of Talis comes at a prescient time,” Arrington Capital partner Ninor Mansor told CoinDesk. “NFTs on Terra are starting to come to life through art and gaming, and the Talis marketplace is positioned to capitalize on this trend.”

Talis cited the lack of equitable print-on-demand (PoD) services as a barrier for many artists to capture adequate revenue for their work. The company hopes that its DAO can eventually acquire the means of production for its own printing business, a representative told CoinDesk.

The marketplace also hopes to offer DeFi lending services for its TALIS token, which the company said can be staked for an 18% interest rate, according to a press release.

The Terra blockchain and its native LUNA cryptocurrency completed a highly anticipated Columbus-5 upgrade in September. LUNA reached its all-time high price of $53.74 earlier in November and is currently the 14th-largest cryptocurrency by market cap. 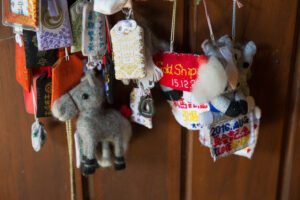